Hello there! Recovered from that epic hangover? Caught up on your sleep? How about your To Be Read list, is that all caught up?

Yeah, me neither. But guess what! I’m going to add MORE to that TBR stack. There’s always room for one or ten more titles, amirite? OF COURSE I AM.

First up, if I haven’t mentioned Darin Kennedy often enough for you to be utterly sick of the name yet, I haven’t said it often enough. The man writes some damn good surreal fiction based around supremely intelligent concepts. I fell in love with his debut hit, The Mussorgsky Riddle, last year, and I’m currently working through his draft of the sequel–he’s been kind enough to let me be one of his beta readers/unofficial editors. IT’S EVEN BETTER than TMR. *hops up and down wildly* I’m telling you, go read his work. It’s mega good. Here’s a glimpse at the concept description:

Psychic Mira Tejedor possesses unique talents that enable her to find anything and anyone, but now she must find a comatose boy wandering lost inside the labyrinth of his own mind. Thirteen-year-old Anthony Faircloth hasn’t spoken a word in almost a month and with each passing day, his near catatonic state worsens. No doctor, test, or scan can tell Anthony’s distraught mother what has happened to her already troubled son. In desperation, she turns to Mira for answers, hoping her unique abilities might succeed where science has failed. At their first encounter, Mira is pulled into Anthony’s mind and finds the child’s psyche shattered into the various movements of Modest Mussorgsky’s classical music suite, Pictures at an Exhibition.

If that hooked your interest, there’s a sample chapter up now.  And while I’m at it, let me give a shout out to his publisher, Curiosity Quills Press, for being smart enough to snatch this one up. Hopefully they’re treating him well, because he’s a keeper for any publisher with a lick of sense.

Next on the list of BOOKS YOU MUST READ:  Gail Z. Martin has been writing short stories about the world of Deadly Curiosities for some time, and I fell in love with the concept as much as with the stories themselves:

Cassidy Kincaide owns Trifles & Folly, an antique/curio store and high-end pawn shop in Charleston, South Carolina that is more than what it seems. Dangerous magical and supernatural items sometimes find their way into mortal hands or onto the market, and Cassidy is part of a shadowy Alliance of mortals and mages whose job it is to take those deadly curiosities out of circulation.

I adore this sort of story, and Martin pulls off a great set of tense, fast-paced, and fun reads in her various short tales about Cassidy and the Alliance. I was utterly delighted when she came out with the first full book, Deadly Curiosities, last year, and the sequel, Vendetta, just came out late last year and is very high on my own TBR list. The short stories range from free to a couple of bucks, by the way, and can be found here.

Moving sideways to a very different sort of read, I picked up a copy of Susan Shell Winston’s novel Singer Of Norgondy. This is not fast-paced, and it’s not tense; it’s undeniably complex, but still comes across as a largely relaxing read, swaying along through an interesting story. I was surprised at how much I liked it, to be honest; it was a really nice break from the modern race to the finish line style story. Here, read the first couple of chapters to see what I mean. And here’s a description:

If you had the power to enter men’s minds and convince them that you’re a god, would you use it? That’s the choice that Verl, a young singer of Norgondy, must face. Trained by the tellerwoman Merind to telepathically touch the god-spot in people’s minds, Verl holds the ultimate — and deadly — power to control the masses — by creating a new god they can’t help but believe in. Together they help their friend Crel and his dancing bear become the Bearman, the shapeshifting Reaper God who leads the people of Norgondy into war against their usurper queen.

I’ll only add one more thing: that Kirkus Reviews found it good enough to review, which is a pretty high daggone bar to hit, in my experience. Give this one a try.

Let’s see, what’s next? Ah, let’s talk about Angela R. Wade’s books. Full disclosure here: I’ve been the editor for these books, the typesetter, and her writing buddy for *mumble* years now. Angela and I have been friends ever since she stepped into my fledgling writing group wayyyyy back when. I’ve been watching her writing grow and improve by leaps and bounds over the last three years alone, and I’m finally happy enough with her skill to stand up in public and say: she’s a good writer, and someone to keep an eye on over the coming years.

Her Edward Red Mage series has been in development and revision for the whole time I’ve known her, and the first two books are finally out; she self-published for various reasons, and I think she made a smart move. In Cloak of Obscurity, the first book in the series, the protagonist isn’t conventionally attractive, clever, or special in any of the usual ways. He can drink a dwarf under the table, and eat as much as five dwarves at a time; he thinks he’s stupid, ugly, fat, and slow. But every time he turns around he’s saving someone’s life, solving a mystery, uncovering secrets, and generally drawing the attention of dukes, princes, kings, queens, and powerful mages. The ebook is available through Smashwords, and you can read a sample there. Take a look.

The followup volume, Queen Isabeau’s Book, develops Edward Red Mage further, giving him considerably more self-confidence and setting him against bigger and badder enemies with more at stake–the Queen’s life is in grave danger from an unknown enemy, and Edward is searching for the source of the threat, more than willing to risk his own life for the good of the kingdom. Edward also falls head over heels in love with a completely unsuitable young lady and learns rather a lot about Life In General thereby. I enjoyed the hell out of this book, and since I’ve been reading her work for years, I can tell you that the next book will slam things into even higher gear. I can’t wait to get to the editorial stage on that one!

For doll enthusiasts, Angela P. Wade also has a lovely array of doll clothing and patterns on her etsy page.

Moving to the younger end of the scale, I came across a couple of really fun kid’s books recently. Lisa M. Becker and illustrator Rachael Mahaffey teamed up on Have You Ever Seen…, which I found to be a very, very cute concept. For example: “Have you ever seen a crab call a cab? Have you ever seen a cow take a bow?” The illustrations are delightful, and I can definitely see reading this to a toddler with great results. Unfortunately the author doesn’t seem to have a solid social media presence or web site at this time, so the best I can do is direct you to the Amazon page to take a look at the book.

Mahaffey, however, does have more on tap than this one book; she also illustrated An Ordinary Toad’s Extraordinary Night, another charming kid’s book by author Joanne McGonagle. In Ordinary, a young toad wonders “whether his life would be more interesting had be been hatched a frog.” He sets out to ask his grandfather, and along the way discovers and delivers a lot of information about amphibians to the reader. It’s a fun read that educates even as it amuses. The difference in styles between the two books is remarkable; one is very watercolor-blurry, the other more cartoonish in its clear lines and sharp colors. I liked them both, and I had fun browsing through McGonagle’s portfolio online. If you’re looking for a children’s book illustrator, she’s definitely a good name to look up.

I’m going to close out there; I think I’ve added enough to your TBR list for one day! If you do take any of the above suggestions, please also remember that the best gift you can possibly give an author is a review. Post on Goodreads or B&N*, Facebook, Twitter–tell your friends, get others to read the book as well!

* I’ve stopped recommending Amazon as a place to leave reviews because it’s put some really absurd restrictions into place that have directly hurt authors. For more details on that, check out Anne R Allen’s blog post on the topic. 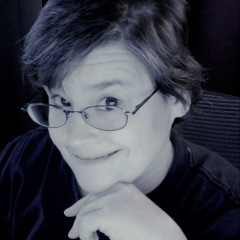 View all posts by scribblinglion
Skip back to main navigation

We will be withdrawing from Twitter at the end of November. Please reach out to us before then to stay in touch, or follow author Leona R Wisoker on Mastodon, Shuffle, or through The Irregular Update.
END_OF_DOCUMENT_TOKEN_TO_BE_REPLACED
15 Nov

Ha! At last, a proper freeze! (cackles wildly) Yes, yes, not everyone loves the cold, we know. But really, what better time to curl up with a cup of hot chocolate, cider, or beverage-of-choice and our newly updated list of…
END_OF_DOCUMENT_TOKEN_TO_BE_REPLACED
21 Jul

Welcome to a Hot Hot Summer!

Tell me about the hot hot books you’re been enjoying lately! I’m behind on the newsletter, but I have a huuuuuuuge stack to talk about there. Your pick might just end up on the featured list, so drop that title…
END_OF_DOCUMENT_TOKEN_TO_BE_REPLACED
10 May

Hey, all! Thanks for your patience. It’s not even worth pointing to the last couple of years and flailing our hands in exasperation, since everyone else is going through this too. But for various reasons, I haven’t been able to…
END_OF_DOCUMENT_TOKEN_TO_BE_REPLACED
10 Nov

We had SO many intentions for the year, and they’ve all… just… been back burnered. It’s a bit annoying, really. The Lion is not entirely pleased with us humble hoomans. However, we are rummaging around through the stock on hand…
END_OF_DOCUMENT_TOKEN_TO_BE_REPLACED