Between a Roc and a Hard Place

When WarmthInMorningSunAfterALongWinterNight heard a tattletale pebble go bouncing down the mountainside, she knew beyond a shadow of a doubt that she was doomed.

The creatures had been watching her from afar for days, she knew, but Wimsaalwn could not fathom how they had guessed exactly when to come for her. Just  hours ago she had shed her scaly, armor-hard skin so her eggs would not be deformed while she gave birth to them. In a few days her skin would have hardened back up, but the hunters were here now.

So be it, she thought in despairing resolution. I will die, and I will soar the aftersky with Stalatl today. But I cannot come before him and tell him that our children never got to live their lives. I would die again of the shame.

Wimsaalwn was exhausted after her labor, but she had been unable to rest. Had her mate SurfsTheStormsAndLaughsAtTheLightning still been alive, by now he would have brought her another cow to feed her, and fruits full of juices to quench her thirst. She might have even gone for a short flight to stretch her sore muscles and revel in the feeling of no longer being weighed down by her eggs, content in the knowledge that her mate was incubating their children while she was gone.

She looked around her at each of the eggs she had taken so much care in positioning at an exact distance from her body so that they could each bask in the precise requisite amount of heat her body was radiating to them. Every egg was unique in how much heat it required, and if it was too hot or too cold, the egg would move itself one direction or another. Wimsaalwn had rocked each egg back and forth until it remained still. And they were all still now, all content, all oblivious to the danger they were in.

You are so precious to me, my children. You are the only part of your father I have left, and I would have loved you for that alone. You would have grown up to be so powerful and elegant…

Fighting her every animal instinct and maternal instinct, Wimsaalwn stopped radiating her heat to her eggs. The effort almost overcame her, but she kept herself focused on her goal.

I must save as many of my children as possible. But I cannot fight these creatures. If SurfsTheStormsAndLaughsAtTheLightning could not kill them in all his matchless prowess, I would certainly do no better in my weakened state. So I must move my children somewhere safe.

A sound came from directly outside the cave.

They’re here! She looked wildly back and forth between her eggs. But how do I choose? Which of you can I save? Which of you shall I take first? Oh, Stalatl, how I wish you were here!

Stalatl. The very thought of her mate helped her rein in her emotions. I know exactly which one of our children you would save. And I will save him for you.

Gently, she curled her tail around the large male egg that held her firstborn, and she shuffled it forward so she could grasp it in her right front claw.

I have one arm left. Surely I am strong enough to carry two, when I have carried all seven inside me until now! …But which one?

Her eyes fell on the small female egg to her left, the furthest egg from her, and her heart went out to it. My lastborn. Yes. Stalatl shall have his son, and I shall have my daughter.

She picked up the second egg, then held both eggs close to her chest as she looked around at her other children, the eggs of which were already starting to rock back and forth in their frantic
search for her heat.

If I can come back in time to save any of you, I will.

Wimsaalwn gathered her weight fully onto her back legs, then with a mighty leap she silently threw herself out of the cave and into the mountain air.

The creatures behind her had evidently thought they had caught her unawares or asleep, for the metal net they had been holding above the cave entrance touched only her tail when they threw it. They made noises at one another as Wimsaalwn unfurled her wings and strove upward, looking for a thermal updraft nearby to help her ponderous, lethargic body gain height.

Suddenly, a long, thin piece of wood pierced the armorless skin of her right front leg and lodged in her thighbone, severing her leg’s nerve in the process. The suddenly nerveless appendage went
limp, dangling from Wimsaalwn’s body as if dead, and her son slipped out of her grasp.

The roar she let loose was less for the pain of her physical wound as for the helpless agony of failing her mate and her child, and for the compounding loss when she had already lost so much.
But she knew the egg was falling too fast for her to catch before it hit the ground, so all she could do was roar her rage and hurt at the hunters, and fly on toward the distant thermal.

Despite her broken heart, she made it to the thermal and as she locked her wings and let herself be lofted upward, she took stock of her situation and tried to figure out where to go. She was already tired from her labor and the exertion of hours of actively incubating her children, so her destination would need to be close.

I can’t fly all the way across the ocean back to my own birthplace; it took me days to get here. I don’t know for sure which of my friends are still alive, and I’m not in condition to go looking. I can’t fly to a foreign mountain range, lest other dragons see my arrival as a challenge.

So where can I go?

Wimsaalwn had soared high enough that she could see both sides of the mountain range that had been her home for the past many years, and she found that the mountains alone still looked
unblemished. The plains around the mountains were pocked by the rigid dirt lines and the squares full of plants that demarked the hunting creatures’ presence. And she despaired:

Nowhere. I can go nowhere that these creatures will not be waiting for me.

Her eyes turned reluctantly toward the ocean. If I flew it once, I can fly it again. I can! And I will! For my daughter, I would do anything. She looked at her egg, unlocked her wings, and headed out to sea.

At first, moving and stretching her wings again felt good, but as the day wore on, she quickly tired. Being over the ocean did not allow for resting spots, and thermals to help her rise were few and far between, so Wimsaalwn was pouring through her strength at an alarming rate.

As the sun set, it was with great relief that she saw a thermal from a peninsula jutting far out into the ocean, the last land there would be before the days-long flight to the other continent. It had been her first stop in her new land many years ago, and it would now serve as her last place of rest. She was so tired that she locked her wings and glided into the next thermal’s welcome embrace from almost a minute’s flight out.

I can’t make another trip like that without some rest, she realized, her head sagging. But if I rest, will I be able to get airborne again? This piece of wood in my leg is starting to affect my wing.

As her head sagged, her keen eyes caught sight of something far below that she had forgotten was here, the reason for this thermal’s existence, and potentially a solution to her problem: The hot springs! If I can find one that is just the right temperature I can place my egg next to it, and even if I die, my daughter still will have enough heat to complete her incubation!

Wimsaalwn unlocked her wings and dropped toward the mountainside. All manner of wildlife scattered at her approach, but she paid them little attention – animals always fled at her approach,
simply by virtue of her being a dragon.

She landed in a stream with a fountainous splash. The heat from the stream felt so good to her she almost laid down in it then and there, but she resisted the urge because it was too hot for her egg – it had been the furthest one away from her in the cave, and needed less heat than her brothers and sisters. Wimsaalwn dipped her long tail into tributaries of the stream here and there, but to her frustration she found them all to be uniformly too hot.

That was when she spied the construct.

So puzzling was its structure that it drove all the tribulations of the day from Wimsaalwn’s mind for a moment. If beavers built circular dams, they might have created something like it, except beavers were not strong enough to bend entire trees to interlock with one another. Besides, they would have had no reason to build a dam in the shape of a bowl. And why would they line it with stones?

Wimsaalwn’s tired mind suddenly recognized the stones for what they were: Those are eggs! So this must be a – oh, what do birds call those things – a Nest! But I’ve never encountered a bird that nests in water. Maybe it’s salamanders, or crocodiles? …Wait, no, these eggs aren’t actually in the water, the eggs are suspended over the water. And the water is so shallow there that the nest is kept only warm, not hot!

And with that, Wimsaalwn had her plan.

She knew she was taking a chance, but she also knew that lesser animals were not as intelligent as dragons. Hopefully whenever whichever animal she had scared away came back to the nest, it would not notice that there was an extra egg to sit on. And if the nest-builders happened to never come back, why, her child would break out of its shell in a few weeks and have a nutritious, helpless meal ready and waiting for her.

Gently, WarmthInMorningSunAfterALongWinterNight nestled her daughter’s egg betwixt the other eggs. Then she lay down in the warm water to watch over it for a while. When the egg did not move at all, she sighed in relief: the heat was just right.

She went to push herself upright, but her foreleg would not respond. In fact, she noticed that the deadening, aching effect from the piece of wood had spread even further while she lay in the water.

I’m dying, she realized. Something in this splinter is sapping my strength. But I already knew I was going to die. And now that I know my daughter is going to be safe, I can go to the aftersky without any—

Wimsaalwn stopped in mid-thought, and turned her head back in the direction from whence she had come. Unconsciously her eyes narrowed, she bared her teeth, and a slight wisp of smoke trailed from her snout. There was one more thing she could do with her life. She threw herself into the air, and clawed her way up to the thermal in preparation for her last flight.

If I’m lucky, those hunters are still at my cave hoping I’ll come back to defend my eggs. If I’m even luckier, maybe by the time I get back they’ll all be inside. I wonder how many I can roast alive with one breath….

Please visit our Shop to find out more about this book–and to get a copy for yourself!

One thought on “Between a Roc and a Hard Place (Excerpt)” 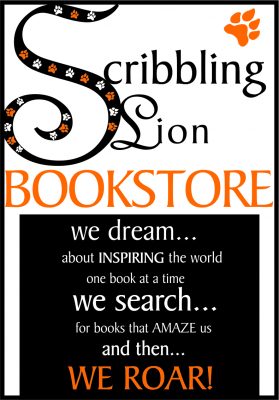