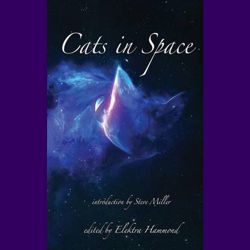 Our inventory for the next three months should remain stable, unless we sell out of something (which we would, of course, LOVE to do!).  Please check the Amazon listing for the most up to date information, as this page will be the last place to update stock quantity. Here’s the current list, with blurbs and buy links:

“…a heart-wrenching alternative history … that imagines an intersection between the Radium Girls and noble, sentient elephants.”

If you haven’t read about the Radium Girls, by the way, here’s another book for you.

“The mother of all apocalypses, The Sha’Daa, is back and more terrifying than ever as multiple portals to horrifying hell dimensions open all across the Earth, but there is still hope….”

In PAWNS, each story is told from the point of view of the demons as they try to breach the dimension between dimensions and bring the hordes of Hell to Earth. Obviously they fail … but how? And at what cost to the survivors?

In INKED, each story centers around a magical tattoo, and takes place within a sharply limited time frame and range of locations. The fun, as always, is in seeing how each author spins the constraints and requirements into a galloping fun story.

“A woman can be a firefighter, surgeon, astronaut, military officer, athlete, judge, and scientist. So what does it mean to dress like a woman? Dress Like a Woman turns that question on its head by sharing a myriad of interpretations across history. The book includes more than 240 incredible photographs that illustrate how women’s roles have changed over the last century.”

This book really hit me in the gut at times, with a deep sense of pride in being part of a long history of fighters. The photographs really are that stunning.

So You Want To Talk About Race, Ijeoma Oluo

“… a contemporary, accessible take on the racial landscape in America, addressing head-on such issues as privilege, police brutality, intersectionality, micro-aggressions, the Black Lives Matter movement, and the “N” word.”

“Young wizard-for-hire Edward Red Mage was no hero, and he certainly didn’t consider himself an instrument of Divine Justice–until he was called upon to save the life of one of his best friends.”

“All wizard-for-hire Edward Red Mage really wants is to tell fortunes and cast spells for the lower classes of Belcamp-a-Lyr. But when an attempt is made on the life of the King’s Royal Wizard, Edward has to take his place. Can a common-born wizard protect a Queen from a conspiracy against the throne? And can he avoid the advances of a beautiful, but possibly murderous, circus performer?”

The Mermaid and the Monster, Angela P Wade

“When someone, or something, leaves a trail of headless corpses around Belcamp, Edward Red Mage finds himself investigating some of the lowest and most depraved places and people of his career. He traces the deaths to one seedy tavern . . . but is blocked from further investigation for fear of creating a scandal. Meanwhile, his childhood flame, Elizabeth Fuller, is back in town. She’s as attractive as ever, and seems to be attracted to him. The only catch? She’s married. With a serial killer stalking the city, and a worldly woman stalking Edward, what could possibly go wrong?”

The Wizard of Macatawa, Tom Doyle

“…this collection contains a mix of fantasy and science fiction short stories, twelve in all, including “While Ireland Holds These Graves” which earned Doyle a win with Writers of the Future.”

Going Through The Change, Samantha Bryant

“Going through “the change” isn’t easy on any woman. Mood swings, hot flashes, hormonal imbalances, and itchy skin are par for the course. But for these four seemingly unrelated women, menopause brought changes none of them had ever anticipated—super-heroic changes.”

“With great power comes…great frustration. Several months after the events of Going Through the Change, retired corporate vice president (and occasional lizard-woman) Patricia O’Neill is embroiled in a search for the mad scientist who brought the “change” upon them all. Meanwhile, Flygirl Jessica Roark and gender-bending strongman Linda/Leonel Alvarez have joined a mysterious covert agency known only as The Department. They’re training hard, in hopes of using their newfound powers for the greater good. Patricia thinks they’re being used….”

“The Menopausal Superheroes are coming out of the closet and the pressure is high, on the job and on the homefront.”

“Faith Sunderly leads a double life. To most people, she is reliable, dull, trustworthy—a proper young lady who knows her place as inferior to men. But inside, Faith is full of questions and curiosity, and she cannot resist mysteries: an unattended envelope, an unlocked door. She knows secrets no one suspects her of knowing. She knows that her family moved to the close-knit island of Vane because her famous scientist father was fleeing a reputation-destroying scandal. And she knows, when her father is discovered dead shortly thereafter, that he was murdered…”

A Skinful of Shadows, Frances Hardinge

“…a dark YA historical fantasy set in the early part of the English Civil War. Makepeace is an illegitimate daughter of the aristocratic Fellmotte family, and as such, she shares their unique hereditary gift: the capacity to be possessed by ghosts. Reluctant to accept her appointed destiny as vessel for a coterie of her ancestors, she escapes. As she flees the pursuing Fellmottes across war-torn England, she accumulates a motley crew of her own allies, including outcasts, misfits, criminals, and one extremely angry dead bear.”

When Cafad Scratha was a child, someone murdered his entire family. People have questioned his sanity ever since. As the last Scratha, he’s dedicated his life to catching the murderers. Now a desert lord, one of the mysterious elite of the southlands, he stands above every mundane political imperative and rule of courtesy—or so it seems until the king of the northlands tries to bring Scratha to heel.

Not long ago, Alyea Peysimun was a shallow young noblewoman maneuvering for personal power. Her first attempt at politics proved far more dangerous than she dreamed possible, and nearly ended her life. Now she is a desert lord, one of the powerful, little-understood southern elite. But power changes everything … including who to call friend and enemy.

Dekstakheiq (Deiq) is a human-hakrethe crossbreed called a hakrakha. He is worshiped as a demigod, immune to human laws, largely indifferent to human wants and needs. He seeks only to amuse himself — usually by stirring up trouble amongst the humans. But being all-powerful is boring, and spending so much time around the humans has changed Deiq more than he ever expected … much to the displeasure of his hakrethe kin.

Ha’reye and humanity have misunderstood one another for over a thousand years–and that may be the only reason humanity still exists….

Sometimes, love just gets in the way…

Cuna, an ambitious young woman, breaks with tradition and risks her life to become an assassin-spy, but the cost of her choices is far higher than even she expected.

AVAILABLE IN EBOOK ONLY, AND THROUGH SMASHWORDS.

As the northern kingdom begins its spiral into that dark time later named “The Purge”, Moir’s choices set him on a uniquely perilous road, binding his future to the whim of creatures that were old before humanity was born. He must decide who he serves: Church, King, gods … or something so tenebrous and dangerous that it could well overshadow every one of those entities.

A ubiquitous southern saying: “Everyone serves, in the end”. Another: “The teyanain are involved, eventually, in everything.” People rarely consider how those two statements overlap….

John Persons is a private investigator with a distasteful job from an unlikely client. He’s been hired by a ten-year-old to kill the kid’s stepdad…

Diago Alvarez, a singular being of daimonic and angelic descent, is pulled into the ranks of Los Nefilim in order to protect his newly-found son. As an angelic war brews in the numinous realms, and Spain marches closer to civil war, the destiny of two worlds hangs on Diago’s actions. Yet it is the combined fates of his lover, Miquel, and his young son, Rafael, that weighs most heavily on his soul.

Lyrical and magical, Los Nefilim explores whether moving towards the light is necessarily the right move, and what it means to live amongst the shadows.

The Battle for Gobwin Knob tells the story of obsessive strategy gamer Parson Gotti, who is magically summoned into a gamelike fantasy universe and forced to command an army in an all-too-real war. This is the first book in the long-running online graphic novel “Erfworld.”

Seven stories about cats. In space. What else is there to say, really?

Shut Up And Eat 2, Angela Pritchett

Take a culinary adventure in the TARDIS with Shut Up and Eat Vol. 2! The Unofficial Doctor Who Series Nine, Ready to Dine Cookbook. Explore each new episode from series nine with a full meal and relive the action and adventure right along with the Doctor, Clara, Osgood and others! Enjoy dishes like Missy’s Java Jump, Mini Zygon Gummies, The Osgood Box Mac n Cheese and many many more!

That’s all we have right now — but we have a list of books to add in as these sell out, so keep an eye on our Amazon Sales Page, please! And remember — LEAVE REVIEWS. Ask your local library to stock a book you particularly like, if they don’t already. Donate a copy, if you can! Support small bookstores, like, well, us — but also Orielis‘, and Oakley’s, and so many others. Look for the one closest to you! And don’t forget about the fabulous Little Free Libraries popping up everywhere. Those are great places to drop off a copy of your faves and find new titles!

My Cart
The Irregular Update
My Cart

The Scribbling Lion will be shutting down at the end of 2020. We will NOT be restocking anything; what you see is what we have, so order now! Dismiss